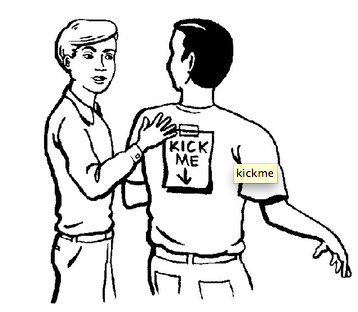 April Fool’s Day is a day associated with pranks and games. I, for one, am curious about anything and everything. History is a major I wish I could’ve pursued, but remained in English. With that said, I looked up the history of this day and found that the day’s origin can’t really be pin pointed, but there are speculations. It did become popular during the 1700’s where the pranking became common among the English. During the 18th century, it became popular to pin things on others backside like tails and those popular “kick me” signs. According to History.com:

Some historians speculate that April Fools’ Day dates back to 1582, when France switched from the Julian calendar to the Gregorian calendar, as called for by the Council of Trent in 1563. People who were slow to get the news or failed to recognize that the start of the new year had moved to January 1 and continued to celebrate it during the last week of March through April 1 became the butt of jokes and hoaxes. These included having paper fish placed on their backs and being referred to as “poisson d’avril” (April fish), said to symbolize a young, easily caught fish and a gullible person.

Historians have also linked April Fools’ Day to ancient festivals such as Hilaria, which was celebrated in Rome at the end of March and involved people dressing up in disguises. There’s also speculation that April Fools’ Day was tied to the vernal equinox, or first day of spring in the Northern Hemisphere, when Mother Nature fooled people with changing, unpredictable weather.

I, occasionally, played tricks growing up. How about you, is this a day you look forward to?

Here is this day in History, according to History.com:

Let me know what you think. . .don't be shy. Cancel reply

Hello and welcome to Mrs. Lady Renaissance. My name is Vanessa and I am a mom of three, wife, graduate student and DIY enthusiast. My blog is filled with inspirational quotes, fashion, DIY posts, recipes and so much more. I am convinced we are all modern day renaissance beings continuing the legacy. How do you renaissance?
Follow Mrs. Lady Renaissance on WordPress.com